Public comment is open to call in or show up on site. 200 Independence Ave SW, Washington DC 20201 (use link to register for in person speaking)

A day of doing serious focus on the HPV vaccine. June 7th a lady called in hitting it spot on with great info, and many of the scientist in the room brushed it off due to her not having a title. So basically we need as many people that have some kind of medical title to call in during public comment. 12:45est

If you have doctors in your network willing to call in and speak against vaccines being mandatory and especially regarding the HPV. & any specific data relevant would a great thing.

11:45-12:45 Annual update on efforts to increase HPV vaccination among adolescents.

PLEASE extend the invite to as many doctors and medical professionals as you are able on a short notice. If too many people from the across the country call in randomly it may not leave much time for the medical profession to also speak against the pushing the HPV vaccine.
‪#‎NOHPVMANDATERI‬‪‬‪#‎INFORMEDCONSENT‬

Now you may plan accordingly and make arrangements if you are driving in from a distance. Facebook @BringVAXXEDtoRI brings you the official show times announcement. Rhode Islanders against mandated HPV vaccinations is happy to support the effort of Rhonda with BringVAXXEDtoRI.

Q&A sessions have not been scheduled yet.

Join the Facebook event page to help spread the awareness on social media too. Please share and email friends and family. The more that attend the better success of the message.

Give the gift of tickets to those that may not be fortunate enough to otherwise attend via tinyurl.com/DonateVaxxedTickets. Inquire about donated tickets via BringVaxxedToRI@gmail.com

RI Dept of Health relies on CDC data to justify mandates, and Merck (the company involved in the cover up in the documentary) also makes Gardasil the HPV vaccine.

Sign the petition to reverse the mandated HPV vaccine and advocate for informed consent in RI. 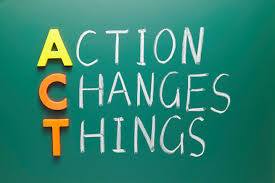 I have multiple great topics to share with you. I want to start to by saying that the legislative session is coming to a close fast. Be sure to contact your state representative and your state senator and remind them that you will be looking to vote for the candidate that supports informed consent and removing the HPV vaccine mandate, in November. Make them know that this is a big issue and they need to take it seriously.

The T Shirt sales will be coming to a close in two days and we only need 2 more orders to process for printing. Stickers are also available at the link too teespring.com/rihpv

You might be able to wear your new T Shirts to the viewing of VAXXED!! That is right, the exciting news of this documentary is true- it is coming to Rhode Island and it is only 10 days away! You can read the press release and share with people all over New England, so that they may see for themselves what is proven within this film. You can also give tax deductible tickets to those that may not otherwise be able to attend by going to tinyurl.com/DonateVaxxedTickets, to inquire about donated tickets email BringVaxXedtoRI@gmail.com. Join the event page on Facebook to connect there also, and easily add family in to the event. This success is due to a great activist that I am fortunate enough to have connected with a couple months ago, Rhonda. Rhonda was able to connect directly with the owner of the Avon Cinema. VaxXed will be playing at Avon on Thayer St in Providence RI. Show times have not been released yet. The producer 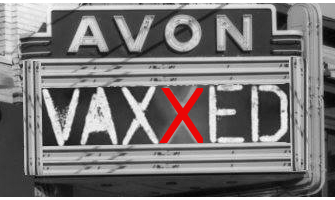 s of the show might come in person to do a Q & A session live with the audience. If they can do that and it happens to not be in the first three days of the film, they graciously ask that you do not wait for the Q & A to see the film. The film success at a location is determined by the cinema based on the first 3 days. If you are able to attend any showtime in the first 3 days (JUNE 17-18-19) please do.

TONIGHT – Rhonda and I will be on Freedomizer Radio with the Proof Negative Show. The show starts at 9p we will be on at 9:30p est. Listen in live at freedomizerradio.com the co-host of the show has personally interviewed Del Bigtree the producer of VaxXed when she recently saw the film at a different location.

Saturday June 11th I will be a co-host on the Coalition Radio show WPRO AM630 & 99.7FM 6pm est. The producer of VaxXed Del Bigtree has been scheduled as a guest on the show. Listen live online at coalitionradio.us/live.  We will also discuss how this ties in with the mandated HPV vaccine, and how others can connect with us to make change.

Now would be the perfect time to have rack cards for Rhode Islanders against mandated HPV vaccinations. We can put up posters for the film and put out rack cards for awareness at the same time. Please donate today so that we can be most successful and harness this opportunity.

Your support of the mission is appreciated. Thank you for continuing to help us move forward to create change by advocating for informed consent and removing the HPV vaccine mandate. Have you signed the petition? No? Sign Here RI HPV Petition. You can join the online group discussion with me too, simply click here.

Have a terrific day and feel free to contact me with any questions,

Rhode Islanders against mandated HPV vaccinations (#NOHPVmandateRI) is happy to announce the airing of this film, that is sweeping the nation.

The CDC and Merck are willfully participating in fraud and lies, documented in this film. Part of the mission of #NOHPVmandateRI is advocating for informed consent. Informed consent does not exist when the truth about the medical procedure is being covered up. Merck makes MMR vaccine and also makes Gardasil the HPV vaccine. Merck was the company that produced Vioxx and was the largest drug recall. This is something that the public has the right to know.

“From the moment I started working on this movie people have asked why I would choose to leave my career as a respected producer on the medical talk show, The Doctors, to make a movie with 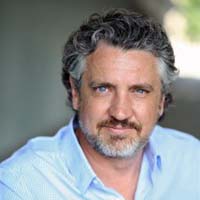 Dr. Andrew Wakefield, arguably the most controversial figure in modern medicine. The answer is I had no choice.

“Vaccines are safe.” That is the stated fact from a highly vocal subset of the medical community, everyone who worked around me on The Doctors, and just about any person you stop on the street. But in the fall of 2014 everything changed when I was alerted that a senior scientist from the Centers for Disease Control and Prevention (CDC) had become a whistleblower and had confessed on the internet that he and five of his colleagues had committed fraud on their 2004 Measles, Mumps, and Rubella (MMR) vaccine study. “ –Del Bigtree, Producer of VAXXED .Mar 2016

The film calls for the following:

“This film brings to the public a dark and uncomfortable truth. To ignore it would be most unwise.” – Andrew Wakefield

“VaxXed is a film that exposes lies hidden by the CDC, and the RI Dept of Health relies heavily on the CDC data when discussing mandates. That is concerning. The company involved in the cover up is Merck and the HPV vaccine is made by Merck, the public and the General Assembly need to see this film full of facts.” – Aimee Gardiner, Director of Rhode Islanders against mandated HPV vaccinations

“Thanks to this film, so many lives are being changed already and now Rhode Islanders will have this same important opportunity to educate themselves about crucial information pertaining to the health and well-being of their precious families. This is truly the most important documentary of our lifetimes!” – Rhonda Apollo, Lead Activist in support of VaxXed coming to RI

Movie show times and tickets will be updated at http://vaxxedthemovie.com/events/avon-cinema-providence-ri/

Purchase tickets to allow those who otherwise would not be able to attend by making a tax deductible donation via http://tinyurl.com/DonateVaxxedTickets. To inquire about tickets that have been donated email BringVaxXedtoRI@gmail.com

In this video series all from May 27 2016 in Chicago, there is an overwhelming about of information. It is well presented and worth watching, about 4.5hrs of video.

Merck & Co., introduced Gardasil in 2006 and GlaxoSmithKline, introduced Cervarix in 2009. Both are HPV vaccines to, purportedly, prevent cervical cancer. As of January 2014, fifty-two countries have included HPV vaccines in their national immunization programs. And since that time, more than half of these countries have sounded public alarms regarding the vast array of new, debilitating, medical conditions occurring in the wake of these vaccinations.

The facts and figures are staggering, and the list of injuries is shocking. The costs in terms of human lives and suffering and financial burden to society will far exceed any cost of treating HPV. In the U.S. alone, in the under-reported VAERS reporting database there have been 41,773 adverse reactions, 12,926 emergency room visits, 4,117 hospitalizations, and 234 deaths.

It is with urgency we bring together the leading scientists and advocates from around the world to start a global conversation and begin the education and advocacy efforts necessary to prevent a worldwide pandemic of HPV vaccine injuries.


Please donate to help fight this mandate in RI. We are kicking off the Awareness Campaign. You can donate securely online via www.gifts.nohpvmandateri.com or you can purchase a T Shirt that not only help raise money but also helps awareness each time you wear one.